Diary Of A Witness ~ By Catherine Ryan Hyde

Diary Of A Witness opens with the main character (Ernie) telling about how his friend Will stood up for him after gym class against the school jocks. Both boys are outcasts, but have formed a friendship based on that fact. Will tells Ernie he has two choices: live with gym or tell the counselor he is gay. He chooses to lie to the counselor. But his plan backfires when he must use the gym during lunch or after school. His gym teacher, who sees right through his lie, makes Ernie a deal: he is allowed to shower in Mr. Bayliss’s office but he must weigh himself. Ernie is about 100 pounds over weight. Ernie’s bullying never stops. At lunch one of the jocks hit him in the head with their tray. Will’s father lets Will, Ernie and Sam (Will’s little brother) take his boat out fishing. Will hooks a 30 inch fish and won’t let it go. Will’s stubbornness ends up sinking his father’s boat and killing his younger brother. After Sam’s death, Will becomes incredibly angry and threatens to end Ernie’s suffering forever.

This book is a new look at school shootings. It’s a reminder that anyone can snap at anytime for any reason. Ernie learns some hard lessons about choosing everyone’s safety over a friend’s freedom. Even though this isn’t something I normally read, I enjoyed it. Actually I think it should be read in schools as a reminder of Columbine and other school shootings.
Posted by Arianna at 9:01 PM 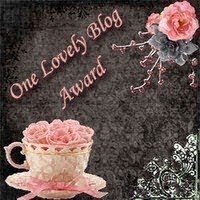